The Systemic Risk Centre (SRC) was set up to study the risks that may trigger the next financial crisis and to develop tools to help policymakers and financial institutions become better prepared.

Based at the London School of Economics and Political Science (LSE), the Centre is generously funded by the Economic and Social Research Council (ESRC) (grant number ES/K002309/1 and ES/R009724/1].

The focus of the SRC is on systemic risk, which is the danger that the entire financial system will fail because of the interlinkages within it, causing a widespread economic collapse. The Centre began its work in 2013, but many of its researchers have been investigating the issues for over a decade and bring with them a wealth of original research ideas and skills.

The SRC is rooted in a multidisciplinary approach, bringing together experts from computer science, law, political science and the natural and mathematical sciences, as well as from finance and economics. This will enable our researchers to investigate how risk is created through feedback loops within and between the financial, economic, legal and political systems. 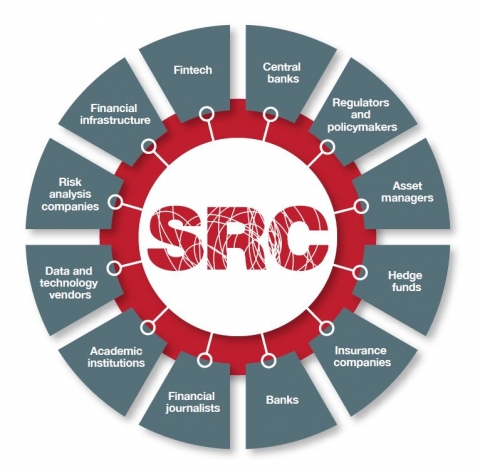 Why is the Centre needed?

The threat of a systemic failure in the financial system spilling over into the real economy is one of the greatest risks facing the UK because of its dependence on the financial sector. The global financial crisis of 2007-08 demonstrated that policymakers and financiers were inadequately prepared for a systemic crisis.

In the years that led up to the financial crisis, central bankers mostly focused on fighting inflation while efforts to maintain financial stability tended to neglect the system as a whole, instead aiming at ensuring that each individual financial institution was well regulated.

The SRC is uniquely well placed to address these issues. The LSE has been at the forefront of research on systemic risk for over a decade and has long experience in running research centres. It is located near to the City of London, the Bank of England and Westminster, and has a strong record of engaging with government and private sector institutions, both in the UK and internationally.

The primary goal of the SRC is to build up research findings across the broad area of systemic risk and to use these to construct practical tools for policymakers and private institutions to achieve a better understanding of the risks they face. The unifying principle of the Centre’s agenda is endogenous risk – the notion that financial risk is created by the interaction of market participants.

We produce world leading academic research on the nature of systemic risk, helping us to hold constructive dialogues with the key players – governments, regulators and the private sector – and to influence policies and practices related to systemic risk. This provides policymakers with a set of tools to adjust regulations in order to achieve the twin goals of ensuring the efficiency of the financial system and mitigating the incidence and severity of financial crises.

While it is not possible to entirely eliminate systemic risk or the incidence of crises, the end result will be a more resilient financial system that is less prone to disastrous crises.

The SRC is co-hosted at the LSE and University College London. Several public sector institutions have taken an active interest in the SRC and have made clear their wish to collaborate with the Centre in its research in this area of public policy.

In the private sector, IHS Markit is a founding partner and the leading data partner of the Centre.

The SRC Scientific Advisory Board members advise on the general strategy, including scientific strategy, for the Centre in order to achieve its objectives. The current members are here.

The SRC report What Research Tells Us and What We Need to Find Out elaborates on the key elements of the Systemic Risk Centre's research programme - endogenous risk, amplification mechanisms, crisis prevention and mitigation, and policy responses, and describes some of the initial findings and policy recommendations.

An Institutional Theory of the Firm

Bankers' Pay and the Evolving Structure of US Banking