A key question for policymakers is how to limit the build-up of systemic risk and contain crises events when they do happen.

It is important to distinguish between systemic and one-off, or idiosyncratic, risks. An idiosyncratic shock will affect only a single institution or asset and will not ripple out into the rest of the system. Systemic risk focuses on the danger of the entire financial system collapsing, causing a major downturn in the real economy. The consequences of a systemic financial crisis are more devastating than those of crises in other economic sectors because of the role that finance plays in the economy.

A tale of two crises

An example of a one-off crisis that did not have a knock-on effect on the whole system was the failure in 1995 of Barings Bank as a result of £827 million of losses racked up by rogue trader Nick Leeson. These losses forced the bank into bankruptcy and led to it being sold for a nominal £1, but did not lead to a wider crisis.

In contrast, systemic risk was a major factor in the economic impact of the collapse of the world's largest bank, Overend and Gurney (O&G), in 1866 after a failed venture in high-risk lending, particularly shipping technology.  O&G requested a bailout from the Bank of England, which was refused. A crisis ensued, panic spread through the banking system, and liquidity vanished so that even the market for otherwise safe assets, such as gilts, dried up.  The British economy went into a severe recession as a consequence. 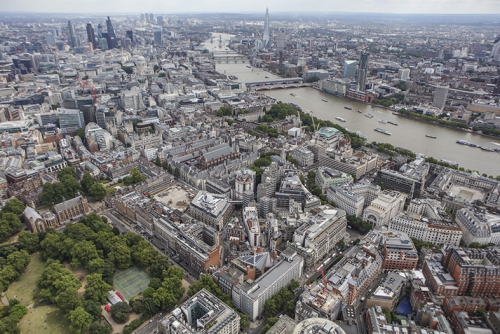 There are four key elements in our research that will enable us to better understand systemic risk:

Financial markets are vulnerable to shocks or triggers from both outside the system (exogenous shocks) and from within (endogenous shocks). A common view of systemic risk is that the main cause is an outside event, for example a natural or man-made disaster like a hurricane or the outbreak of war. The SRC believes systemic risk primarily arises from endogenous risk, which is created by and within the financial system and is then amplified by the system.

Systemic risk becomes a problem when there are very close interlinkages between different elements of the financial system. These form mechanisms that create vicious feedback loops that can turn relatively minor events into major crises. We term these “amplification mechanisms”.

Given the huge and wide-ranging damage that an outbreak of systemic financial crises can inflict, it is vital that policymakers, regulators and financial institutions become better at identifying the build-up of systemic risk. To assist with this, the SRC will develop empirical methodologies to study the key areas of activity that present a danger of endogenous risk.

The crystallisation of systemic risk is so costly to society that governments must act to mitigate its impact and seek to prevent the next crisis. However, regulations themselves can create systemic risk by changing the way private institutions behave and creating perverse incentives, or by adversely impacting on parts of the financial system not considered by that particular piece of regulation.  It is therefore important that policymakers consider the financial system as a whole when implementing financial regulations and crisis responses.

An Institutional Theory of the Firm

Optimal forest preservation over time and space in the Brazi ...

Bitcoin isn’t much of a macro hedge

Covid-19 and trust among the young