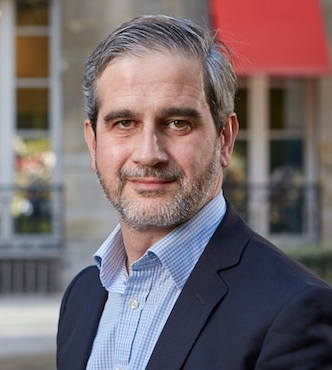 Guillaume Plantin is Professor of Economics at Sciences Po since 2016. In 2018, he was appointed as Sciences Po's Research and Faculty Dean.

He is also a Research Fellow at the Centre for Economic Policy Research (CEPR), a member of the Institute of French Actuaries since 1997 and a Member of the Scientific Committee of the French Prudential Supervisory Authority.

He conducts research on the determinants of financial stability and on monetary policy. His papers are published in the American Economic Review, Journal of Finance, Review of Financial Studies, Review of Economic Studies, and other journals as well as a number of practitioner oriented journals. In 2015 his paper « Shadow Banking and Bank Capital Regulation » was runner-up for the Review of Financial Studies' "Best Paper Award". He has also published two books to date: "Risk Theory and Reinsurance", co-authored with Griselda Deestra (ed. Springer-Verlan) that has been translated "Théorie du Risque et Réassurance" (ed. Economica), and "When Insurers Go Bust: An Economic Analysis of the Rile and Design of Prudential Regulation", co-authored with Jean-Charles Rochet (ed. Princeton University Press). He was awarded a prestigious ERC Starting Grant at the end of 2010 for his project « Risk Incentives in Financial Institutions and Financial Instability » (RIFIFI).

Guillaume Plantin holds a PhD in Economics from University of Toulouse 1-Capitole.

We study optimal monetary policy in the presence of financial stability concerns. We build a model in which monetary easing can lower the cost of...

While the debate on cost and market-value accounting has been raging for years, economists lack a framework allowing a comparison of their relative...

We offer a model of currency carry trades in which carry traders earn positive excess returns if they successfully coordinate on supplying excessive...

Why we don’t write more papers on political finance