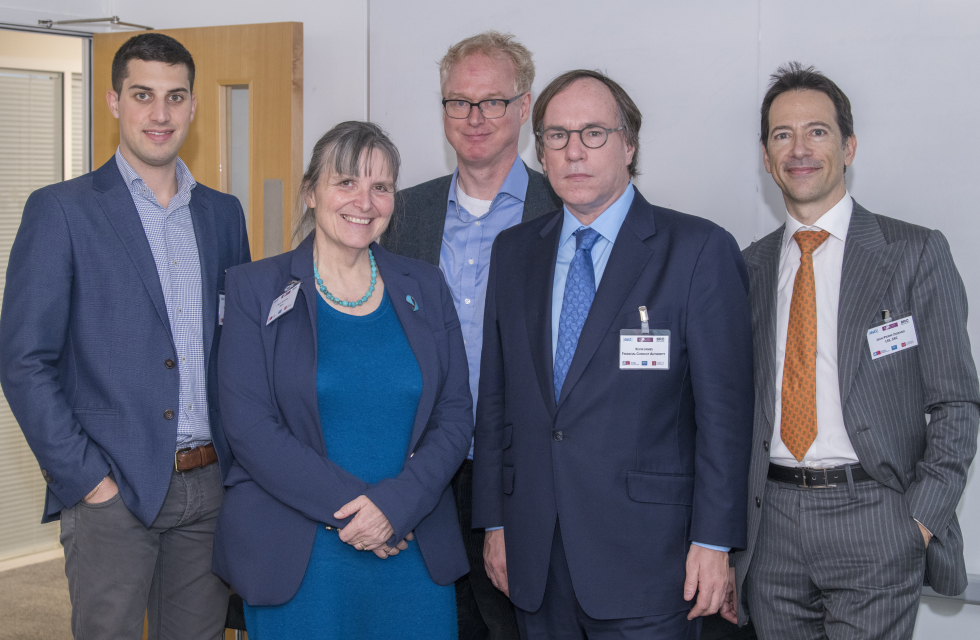 In a rapidly changing world which is increasingly interdependent and relies on rapidly evolving financial systems to underpin its economy, it is important to understand what threats or opportunities might exist for the UK and her allies across the globe. By considering the changing economic landscape, the UK can look to prepare against ‘future shock’; considering what threats it should be aware of, alongside what opportunities could be exploited to improve both the security and stability of the UK and her allies.

The conference jointly hosted by Defence Science and Technology Laboratory (Dstl), Financial Conduct Authority (FCA) and Systemic Risk Centre (SRC) sought to understand how modern financial systems could be used: (1) to prevent a country from being able to deliver defence and security for its citizens, either at home or abroad, (2) by other states or non-state actors to create or augment instability around the world or (3) to facilitate the funding of illicit activity.

The event was open to people in all stages of their careers and from a wide variety of backgrounds including (but not limited to): politics, economics, history, international relations, defence, finance, philosophy, anthropology, ethics, technology, systems thinking.
The conference was split into four interlinking themes:

Exploiting Financial Friendship. In this theme we looked at how a state might seek to influence other nations to promote its political ends beyond its own boundaries. This might be achieved through providing finance or aid to that state or its population on favourable terms. This might be a state seeking to influence another state or a state seeking to influence individuals within another target state and could potentially be either direct or more subliminal in nature.
Modern Siege. Historically part of warfare has been the ability to deny the enemy access to key supplies, food and water supplies to castles or cities from medieval times through to Leningrad in 1941, and sanctions have and are used as a way of undermining a government’s ability to trade and therefore fund its necessary domestic activities.
Covert Finance. In this theme we asked how states and non-state actors might finance their activities around the world and/or raise money to pursue their aims whilst hiding their identity and true purpose.
Destabilisation of Financial Systems. Whilst major financial hubs might be thought of as immune to deliberate catastrophic destabilisation, could a smaller incident be created to augment a planned, parallel, more traditional attack in order to distract attention or hamper a response? To what extent could individuals or small groups create such a crisis? In smaller countries could such an attack be used to create political unrest which might result in the destabilisation of a government or create the opportunity for an aggressor state to take action?

3rd December 2019: Follow-up workshop
The conference on the 2nd December was followed by a workshop on the 3rd of December. Through this event, Dstl, on behalf of the Ministry of Defense, wished to understand what threats and opportunities exist in this area in order to develop a programme of further work to address the identified issues.

Public trust in scientists and vaccines likely to be damaged ...

Bankruptcy and the COVID-19 Crisis

Revenge of the experts: Will COVID-19 renew or diminish publ ...