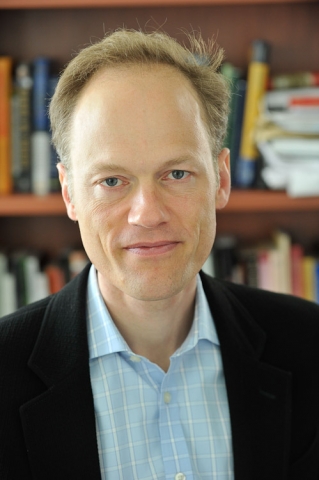 Paul A. Volcker Senior Fellow for International Economics at the Council on Foreign Relations (CFR)

Sebastian Mallaby is Paul A. Volcker Senior Fellow for International Economics at the Council on Foreign Relations (CFR).

An experienced journalist and public speaker, Mr. Mallaby has served as a contributing editor for the Financial Times and as a columnist and editorial board member at the Washington Post. His interests cover a wide variety of domestic and international issues, including financial markets, the implications of the rise of newly emerging powers, and the intersection of economics and international relations. His writing has also appeared in the New York Times, the Wall Street Journal, and the Atlantic Monthly.

Mr. Mallaby is currently writing a biography of the former Federal Reserve chairman, Alan Greenspan. His previous book, More Money Than God: Hedge Funds and the Making of a New Elite, was released in June 2010. New York Times columnist David Brooks has called it “superb.” Washington Post columnist Steve Pearlstein has called it “the definitive history of the hedge fund history, a compelling narrative full of larger-than-life characters and dramatic tales of their financial triumphs and reversals.” More Money Than God was the recipient of the 2011 Loeb Prize, a finalist in the Financial Times/Goldman Sachs prize, and a New York Times bestseller. Mr. Mallaby’s earlier books are The World’s Banker (2004), a portrait of the World Bank under James Wolfensohn, which was named as an “Editor’s Choice” by the New York Times; and After Apartheid (1992), which was named by the New York Times as a “Notable Book.” An essay in the Financial Times said of The World’s Banker, “Mallaby's book may well be the most hilarious depiction of a big organization and its controversial boss since Michael Lewis's, Liar’s Poker.”

Before joining the Post in 1999, Mr. Mallaby spent thirteen years with the Economist. While at the Economist, he worked in London, where he wrote about foreign policy and international finance; in Africa, where he covered Nelson Mandela’s release and the collapse of apartheid; and in Japan, where he covered the breakdown of the country’s political and economic consensus. Between 1997 and 1999, Mr. Mallaby was the Economist’s Washington bureau chief and wrote the magazine’s weekly Lexington column on American politics and foreign policy. His Foreign Affairs essay on failed states in 2002 was cited by commentators in the New York Times, Financial Times, and Time Magazine. He is a two-time Pulitzer prize finalist: once for editorials on Darfur and once for a series on economic inequality.

Mr. Mallaby was educated at Oxford. He graduated in 1986 with a First Class degree in modern history.